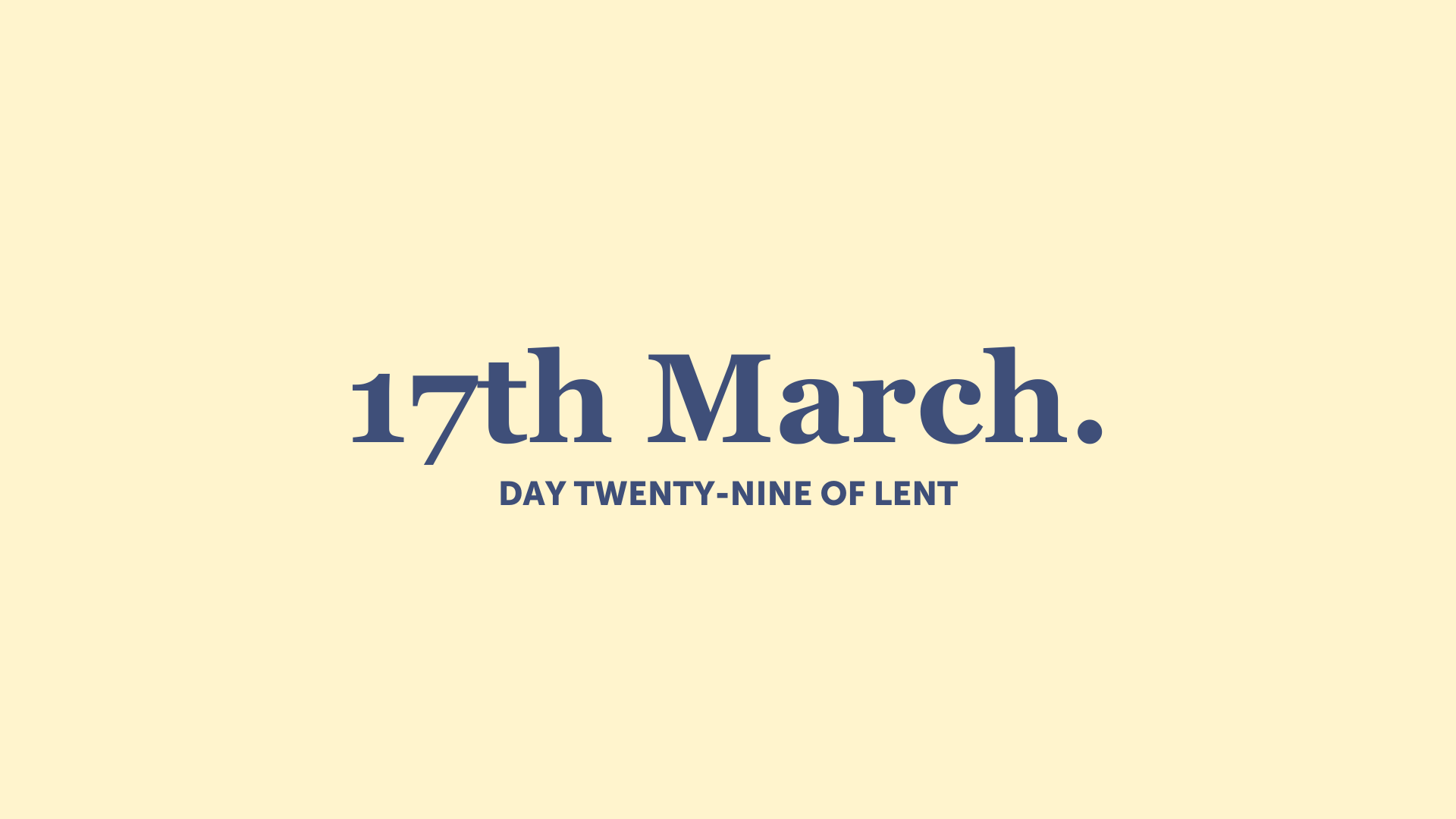 Today, we celebrate the life of Saint Patrick.

Born in 389 in the north-east of England, the grandson of a priest, Patrick grew up on the wildside until he was captured by Celtic pirates as a sixteen-year-old boy.

Arriving in even wilder Ireland, young Patrick was sold into slavery for six years, herding cattle for Miliuc moccu Boin, a tribal chief and druid. Patrick would spend years in the Irish wilderness; A barren landscape that we are all too familiar with. Yet in keeping watch, patches of the wilderness became thin spaces as Patrick began to encounter Jesus.

As he would later put it in his Confessions:

“After I arrived in Ireland, I found myself pasturing flocks daily and I prayed a number of times each day. More and more the love and fear of God came to me and faith grew and my spirit was exercised until I was praying up to a hundred times everyday and in the night nearly as often.”

We are quick to disregard the wilderness as dead space. A place to escape from as quickly as possible. However, the stripped back topography of secluded space can create the conditions for our most profound experiences of Christ. For as we dial down the noise of a hurried life, we are attuned to the whispering voice of the Divine.

When Patrick wasn’t in solitude, he spent some time in the tribal settlement with his captors. Not only did he begin to quickly pick up the distinctiveness and the dialect of the community, he also was consumed by a love for the locals. After six years of formative captivity, Patrick returned home and trained for the priesthood before a series of recurring dreams haunted him. In the dreams, an angel named Victor came to him with letters from those he dwelt with in the settlement. Resembling Paul’s dream in Acts 16, Patrick heard the voices of those he stood in solidarity with, crying out, “We appeal to you, holy servant boy, to come and walk among us.”

Patrick didn’t miss a beat. He received permission to be sent back to Ireland with a rag tag apostolic team consisting of fellow priests and theologians, as well as laymen and laywomen. Having done the work of drawing close to the Irish, Patrick and his team imitating the ministry of Jesus, began to pray for the sick, reconcile disagreements, teach theology, and, above all, share the good news of the Kingdom. They were strategic in their mission. If a number of people committed their lives to Christ in an area, a church was planted, baptisms took place, and local church leaders were established.

It’s difficult to offer precise data, but it is estimated that over Patrick’s 28 year mission, tens of thousands were baptised, 700 churches were planted, and over 1000 priests were ordained.

Patrick resolutely walked the Jesus way throughout his Irish ministry. He was constantly criticised for spending too much time with pagans, sinners, and barbarians. He became the first European public figure to call for the abolition of slavery. And throughout it all, he practiced a rhythm of return and retreat by heading back into the wilderness to keep company with the Father, alone.

“This is why it came about in Ireland that people who had no acquaintance with God are recently made a people of the Lord and are known as children of God. For God gave me such grace, that many people through me were reborn to God and afterward continued and brought to perfection.”

This may be Patrick’s legacy, but it is also our heritage.

A local people, familiar with the wild rolling fields of Ireland, who centre their lives on encounter and obedience.

An apostolic people, formed by prayer, learning, solidarity with the poor, and a vision for the redemption of all things.

An evangelistic people who herald the good news, plant churches, and lay hands on brothers and sisters, releasing them to go from this island and bless the world.

I bind unto myself today
The power of God to hold and lead,
His eye to watch, His might to stay,
His ear to hearken to my need,
The wisdom of my God to teach,
His hand to guide, His shield to ward;
The word of God to give me speech,
His heavenly host to be my guard.