Fundraiser for Syria | Have lunch with us! 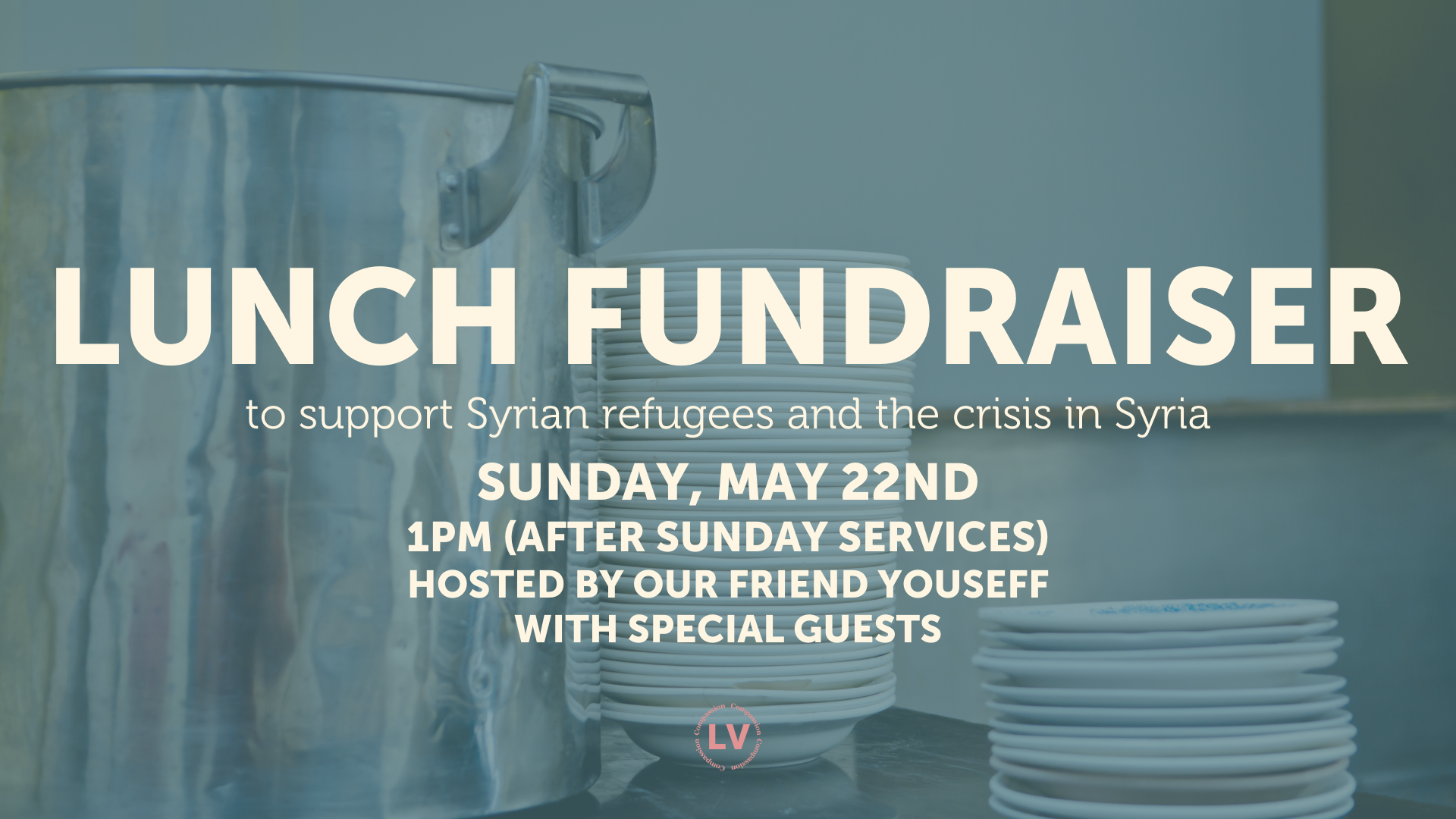 On Sunday, May 22nd after our 11:30AM service, stay for a delicious lunch of soup and sweet treats to raise funds for Syria. This event will be hosted by our dear friend Youseff, with special Syrian guests and YALLAH.

All proceeds from this event will go to supporting Syrian Refugees both here in Northern Ireland and in refugee camps via a chosen aid agency.
Youseff is part of our church family. Himself a Syrian refugee, Youseff has asked us to not forget about Syrians who are still experiencing hardship during this time of global crisis. It’s hard to believe it was 2011 when war broke out in Syria. Eleven years of war have inflicted immense suffering on the Syrian people. More than half of Syria’s pre-war population of 22 million have fled their homes for refuge. Some 6.9 million are internally displaced, with more than two million living in tented camps that have limited access to basic services. Another 6.8 million are refugees or asylum-seekers abroad.
As of February 2022, 14.6 million people inside Syria were in need of some form of humanitarian assistance, according to the UN, including about 5 million classified as being in extreme or catastrophic need. More than 12 million people are struggling to find enough food each day – a 51% increase since 2019 – and half a million children are chronically malnourished.
In the past two years, the humanitarian crisis has been compounded by an unprecedented economic downturn which caused prices of basic goods in Syria to skyrocket. The poverty rate has reached an unprecedented 90%. Syria has also been one of the countries in the Middle East hit hardest by COVID-19. Despite their protected status, 599 attacks on at least 350 separate medical facilities have been documented by Physicians for Human Rights as of March 2021, leaving only half of the country’s hospitals fully functional.
Entire neighbourhoods and vital infrastructure across the country remain in ruins. Much of Syria’s rich cultural heritage has also been destroyed.
Join us for this fundraising afternoon to try authentic Syrian sweet treats and sit in conversation with local Syrian refugees who have made Northern Ireland their home.

See All Our Events