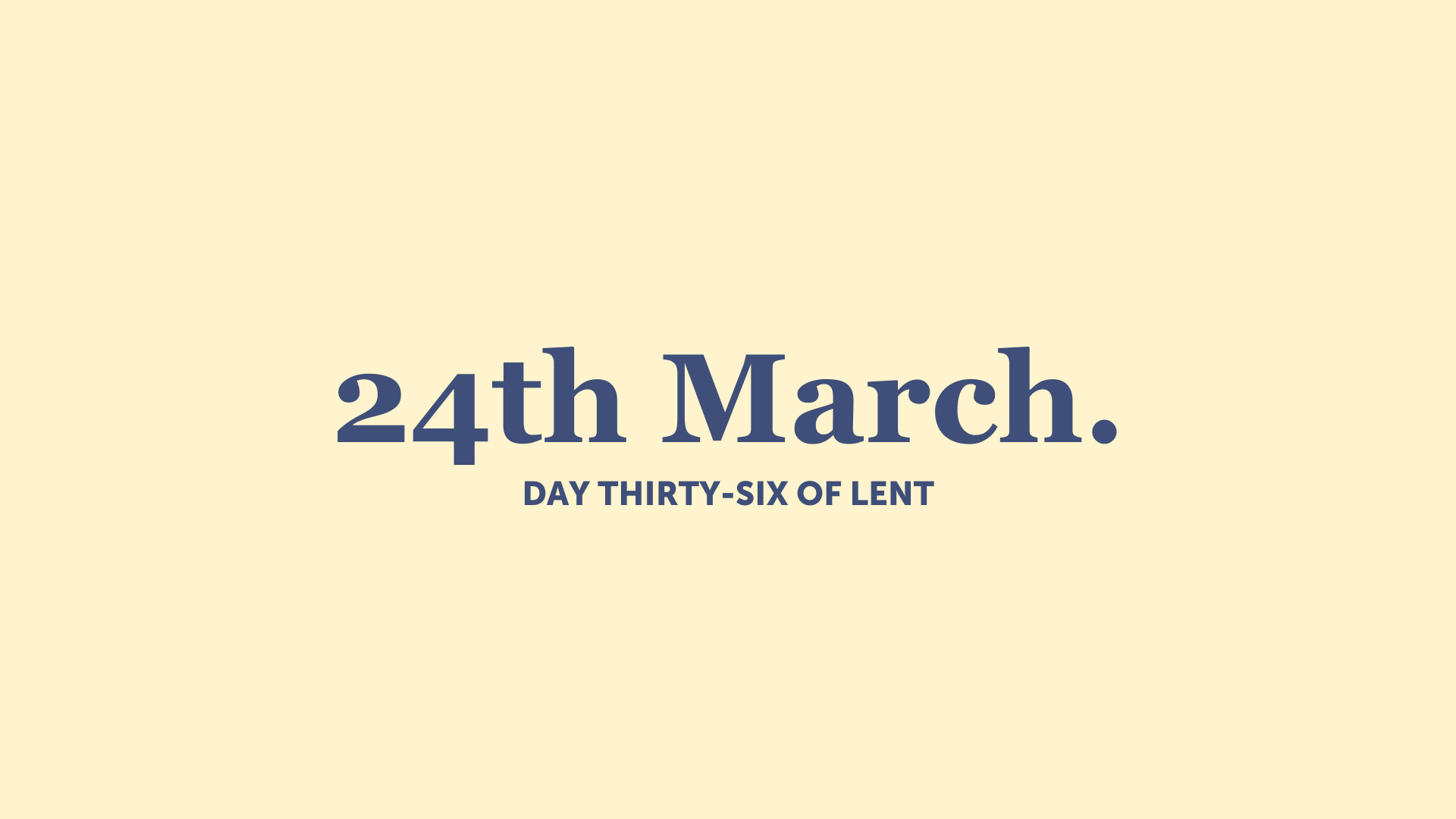 There are two ways to hear these three words.

We can hear the fury of an angry God, disappointed and in despair, driving His image bearers out of the garden. Or we can hear the words of a good Father, searching for His children, clocking that they are lost, trying to navigate their way through the new terrain of shame.

Even in the garden, God is in patient pursuit of us.
He is forever slow to anger and rich in love.

There’s more going on in Eden than meets the eye. While we may skim read the text, only paying attention to how we have warped the ways of the Lord, we can miss the traces of grace to be found in the garden. For even in the bleakest moment of human history, we receive redemption, resurrection and shame shattering grace.

Early on, the themes of the God story are played out for us to see.

There are a few things that we don’t talk seem to talk about when we talk about the fall:

One
In verse 15, we find the first glimmer of the Gospel with the prophetic image of the crushing of the serpent’s head. The evil one will one day be defeated by one of Eve’s offspring, Christus Victor, who would disarm death and defeat sin. In the garden, we see the unfolding story of redemption – not a short story of a God banishing His creation out, leaving them to fend for themselves; but instead a long narrative arc that climaxes on the cross.

Two
Following the Father outlining the consequences of the fall we read: “And the human called his woman’s name Eve, for she was the mother of all that lives. And the Lord God made skin coats for the human and his woman, and He clothed them.”

Fig leaves are inadequate in covering our naked shame. Pay attention to God’s gracious provision, as He clothes us. Skin coats wouldn’t have been lying around Eden’s garden; an animal sacrifice would have been required to cover the shame of Adam and Eve – an echo of the once and for all sacrifice of the Lamb who would forever clothe us in mercy.

Three
Eating of the fruit of the tree came with a death penalty. While they faced harsh and fair sanctions, Adam and Eve walk out east of Eden still breathing. Through His gracious pardon, we see God’s resolve for life. For those who were as good as dead to receive life, is nothing less than resurrection.

I’m not saying that we should forget about the harsh reality of the fall. But I am wanting us to rediscover that even in the bleakest moments of human history, we see God for who He truly is: a loving Father in pursuit of His children. At the point of our rebellion, He begins redeeming, leaving a comma at the end of Eden rather than a full stop. This comma creates the conditions for the birth of a new kind of Adam and the bursting forth of a new kind of creation.

May we acknowledge the fall’s fracture, neither underestimating or overemphasising it at the expense of mercy.

May we hear the Father’s cadence as He asks “Where are you?”

And may we see that our story, from garden to city, finds its centre point at the Cross of the Lamb.

Disturb us, O Lord, when
We are too pleased with ourselves,
When our dreams have come true
Because we dreamed too little,
When we arrived safely
Because we sailed too close to the shore.

Disturb us, O Lord, when
With the abundance of things we possess
We have lost our thirst
For the waters of life;
Having fallen in love with life,
We have ceased to dream of eternity
And in our efforts to build a new earth,
We have allowed our vision
Of the new Heaven to dim.

Disturb us, O Lord, to dare more boldly,
To venture on wilder seas
Where storms will show Your mastery;
Where losing sight of land,
We shall find the stars.